At the heart of a solar power system, there are panels that generate electricity and an inverter which turns that energy into usable electricity that can be used in your home or business to power your devices, appliances, and lights.

Generally, solar panels have a 400-watt capacity, which means that at their peak level of performance the solar panel can produce up to 400 watts of power or energy to your home or business. With every panel added, a further 400 watts of power is added to the cumulative total. To explain further, 2 panels will produce up to 800 watts, 3 panels = 1200 watts and so on.

The inverter will also have a capacity limit in which it can only convert a specific quantity of electricity that is being supplied from the solar panels. The most common capacity for an inverter is usually 5,000 watts.

The peak performance of solar panels are not always where the panels most commonly operate, largely due to a multitude of factors and influences such as the time of day, daylight hours, weather conditions, etc.

Essentially, what this means is that contrary to the maximum capacity of the solar panel configuration that a business or home has, it won’t necessarily be able to generate the maximum amount. This is where the method of “oversizing” is implemented, simply speaking means you would add more solar panels to a solar power system to effectively increase the peak output to beyond what the inverter is rated for. By doing so will result in an increase in the average efficiency of the inverter within your solar power system. Should You System "Oversize"?

When designing your system, we at All Green Environmental solutions recommend installing panels up to 133% of your inverter capacity. This allows for optimal inverter performance by delivering more power from the panels.

It means your system is less expensive to install and you get better performance out of it; therefore you get a better overall return on investment. Not to mention you will also receive a larger government rebate, as the rebate is determined by the panel system size in Kilowatts, not the inverter capacity. By "Oversizing" Your System, Will This Overload The Inverter?

The inverters that are available within Australia are likely to handle “oversizing” up to one third of its specified capacity without encountering any problems. Provided that your solar power system is configured accurately and by a reputable provider such as All Green Environmental Solutions, one should not be worried about any safety concerns. One thing to keep in mind is to ensure that the system is not configured to surpass the one third “oversizing”.

What Ends Up Happening To The Excess Power That Is Generated?

Just because an inverter is capable of safely receiving up to one third more from the solar panels, it does not mean that it will be able to effectively use all that power generated. A inverter with a capacity of 5kW will still only be able to convert 5kW of electricity being received from the solar panels, and if the inverter receives more than that the excess energy will be discarded.

If Excess Power is Discarded, Why Would Someone Choose To "Oversize" Their System?

In an ideal situation, the solar panel system would always be operating at optimal peak performance, meaning there would not be a need to “oversize” the system as the excess energy would just be discarded. The problem is we don’t live in a perfect world, so things like the sunrise, sunset, cloud cover, shade from trees, etc. can affect the energy generated not reaching the maximum for the inverter.

By “oversizing” the solar system, this will enable you to gain more value from the situations where the system isn’t performing at its optimum peak level, and in turn will result in an increase of the average efficiency of the inverter.

"Oversizing" a Solar Power System - What are The Benefits?

Research has shown that “oversizing” your solar power system can result in an increase of the output of up to 30%, this is despite the energy being discarded when the panels are operating at peak performance. This can lead to a ~$300 saving for an average household which has a 5kW inverter, and even more so if you use the majority of the electricity generated by your own system.

All Green Environmental Solutions is the household name and the leading local solar installers. We simplify the process, providing assurance and understanding every step of the way to ensure the system installed best suits your needs.

If you’re not sure where to start, or just would like to know more about the different solar systems available, get in touch with All Green Environmental Solutions your accredited solar experts today by clicking here!

Get a solar quote 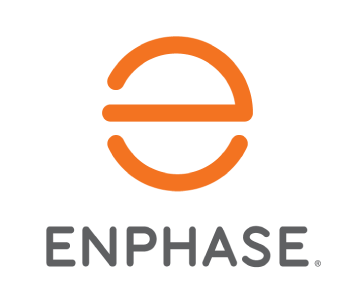