Written by Robert Corse-Scott on 11/01/2021. Posted in Uncategorized

According to Green Tech Media, Australia has over 2.4 million solar systems installed. Australia has rapidly taken to renewable energy and is adopting it at an accelerated rate of 10 times quicker than the global standard.

With solar becoming more affordable and accessible than ever, you might want to consider it for your own home.

If you’re wondering if solar is the right choice for your home, here are 9 benefits of residential solar installation. The Royal Hotel Singleton now has this 250 panel installation with Enphase Micro Inverters.

Enphase technology overcomes the complicated roof space on this site where there are multiple angles and shade to deal with. Because each module works individually the impact of shade and the roof facets is minimised allowing for maximum output from each unit.

If there is ever any storm damage it would be isolated to the affected modules allowing the rest of the system to keep working therefore the risk of system downtime or failure is minimised. If a panel were to fail it would affect less than 0.5% of the system and it would notify the customer and All Green. Install of the week goes to this Flat Roof 10KW Enphase system on the Central Coast.

Flat roof solar panel installs generate a little less in winter but has a higher overall annual output. They look much better and allow more panels because they do not need to be
spaced apart to avoid shading. Using tilt frames is somewhat dated and is no longer considered best industry practice, so where it can be avoided and particularly in high wind areas, we would advise against tilting.

Installing up and down the coast, we have a lot of experience with beach, lake and harbourside install. All our products and mounting equipment are rated for coastal environments. This 9kW install with Enphase Micro Inverters and LG 330W Black Frame Mono panels was hard to pass up as install of the week.

A good example of where a site visit may be required, where there may be limited roof space, difficult access or design complications to consider.

Because of the flat roof areas we were able to gain access to the steep parts of the roof. The Micro Inverters overcome the shade issues but just as significantly the five different angles that panels were installed at.

Surprisingly, provided the right materials and products are used there is usually a practical way to get the job done. This old church building presented us with some challenging install complications. The back of the building required scaffolding and the front a boom lift due to the pitch of the roof. It also had a raked ceiling, shade from the chimney and no room for an inverter next to the meter box. We overcame these problems by using Enphase.

Too often installers and customers are put off by site complications but this install proves that when both parties work together the problems can be overcome. The additional requirements do add to the cost however the project remains economically viable in most cases.

Get A Solar Quote

Solar Panel Costings including a formal quote and installation. Get in touch

Get a solar quote - get in touch 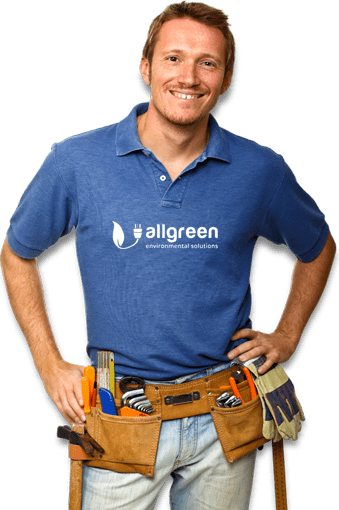